Another diving in the Krebsgarten Meersburg. This time the conditions were quite different. We entered in the water at around 19.00 where the sun was very far away, heading towards the sunset and it was very clouded. Not to say that the previous 3 days it rained quite hard and the water was muddy. So, visibility was very bad: 1-3 m at max. The deeper we went, the lower the visibility was. And, of course, we were badly prepared for that. Only Jörg had a diving flashlight 🙂 Anyway, it was cold at 14m where we were: ~13 grad C. The outside temperature was 20-22 grad C. I used a 7mm neoprene suite with a 5 mm short suite, 13 kg lead and a 12 L compressed air cylinder (which was 18 Kg). The bad part was: I completely forgot to take my brand new diving computer with me 🙁   There were some very interesting thing to see there despite the very bad visibility. Until now I was only on the right side, now it was the first time we went left.     1. Poles in the water. Because of the 1m visibility at around 9-10 m, we were navigating semi-blind and the poles were appearing from nowhere… Interesting … 2. A plastic boat was lying there 3. Some strange metal objects were planted in the water at around 6-9 m Near the poles there was a bicycle or a motorcycle nicely planted just for fun 🙂 4. Continue Reading →

My 3rd time diving, second time in the Garden of Crabs, Meersburg. This time I was with Peter G. as my Dive Master. I am still not able to keep a straight line in the water (called buoyancy). But I am making progresses… I used a 12 L tank in 40 minutes, and I was diving against the current. This requires a lot more effort… The water was 18grd which is OK, but the visibility was pretty bad, around 2-3 m. We saw a lot of crabs (small and big), some fish and a big fish which I don’t know the name. There were a lot of dead crabs in the water, Peter was saying that their life season was closed to end and that’s why they die now. Overall, it was nice and it was a lot of fun to dive with Peter. I hope I will be able to do this again soon (next weekend). 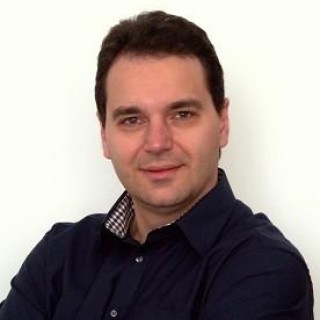